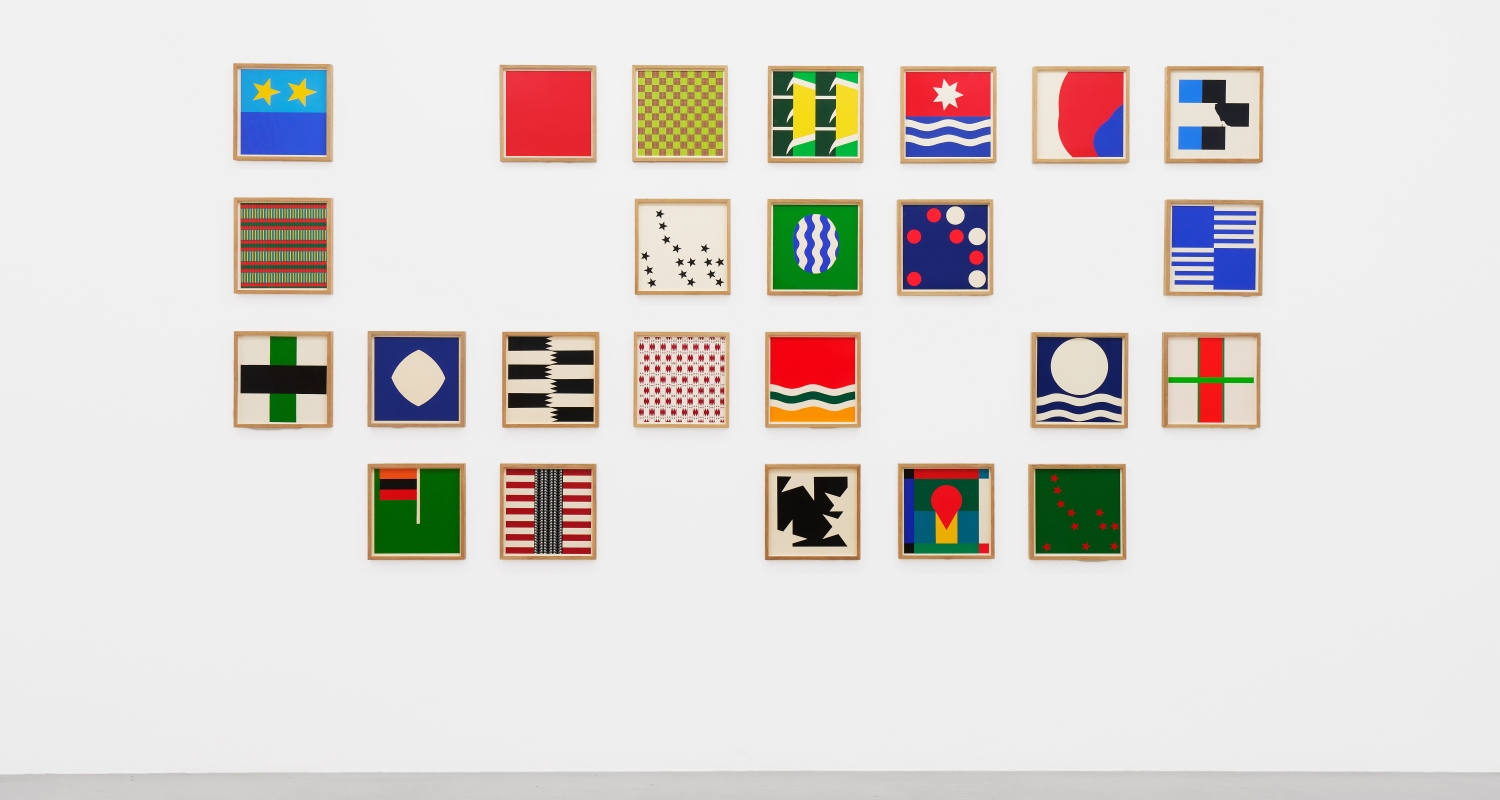 Rosenwald-Wolf Gallery at University of the Arts is proud to present the work of Samson Kambalu in his premiere Philadelphia exhibition.

Kambalu works in a variety of media, including site-specific installation, drawing, painting, video, performance and literature. All of his works are approached critically, fusing aspects of the Nyau gift-giving culture of the Chewa, the anti-reification theories of the Situationists and the Protestant tradition of inquiry, and art criticism and dissent through a Westernized vantage point. In Kambalu’s travels, he picks up subtle bits of information like flags, souvenirs and documentary photographs that he transforms into his art. Subtext references multiply with Anglo-African history, literally becoming the virtual elephant in the room. References to Oxford Rhodes Scholars and Cecil J. Rhodes, the imperialism of the South African Cape Colony, become a massive elephant assemblage comprised of academic caps with gowns dominating gallery installations.

In Philadelphia, images of Beni soldiers appropriated from archival photographs, enlarged and cut out into sculptures, populate and literally stand guard over the installation. These soldiers bear witness with critiques of colonialism. Also shown are Kambalu’s short filmed psychogeographical performances, which he calls the Nyau Cinema. Almost surrealist in practice, these "cinematic fragments that blend slapstick and spiritual ritual" speak of the difference between African time and Western time. Only seconds long, they are recorded in sepia at the wrong speed, as if recreating Keaton-esque silent shorts. Kambalu conscripts bystanders to record them as he minimally but mysteriously interacts with objects in his environment, manipulating found vegetation into a shamanic sculpture running through the landscape and mysteriously vanishing via the editing process. This illusive traveler through the landscape is both himself and an Other, gathering images and artifacts which are installed or festooned in environments. The cinematic interventions of Nyau Cinema are shared on social media sites or shown, as here, in installations in galleries.

In 2015 he was included in Okwui Enwezor’s All the World's Futures at the 56th Venice Biennale in which he copied and showed all of the texts by the Italian situationist Gianfranco Sanguinetti in an installation Sanguinetti Breakout Area. Sanguinetti sued both the artist and the Venice Biennale for the unauthorized appropriation of his archive. In November of 2015 a judge dismissed Sanguinetti’s complaint. A recreation of the trial became A Game of War: Sanguinetti v Kambalu, his longest film to date, exposing the hypocrisy of Sanguinetti’s claim and his misunderstanding of the radical tenets of Situationism. More recently, Kambalu was the Malawi Cultural Consultant for the film The Boy Who Harnessed the Wind and translated the script into Chichewa. He also was included on the 2019 Dallas Medianale.

This fall, Kambalu's sculpture Antelope will be prominently installed on the Fourth Plinth in Trafalgar Square in London across from the National Gallery from September 2022 until 2024. This figurative bronze sculpture is reimagined from a 1914 photograph of John Chilembwe, a Baptist preacher and pan-Africanist and John Chorley, a European missionary. Kambalu has made the image of Chilembwe twice as large as that of Chorley. The original photograph documented the day the pastor opened his new church in Nyasaland(present-day Malawi).  Wearing a hat by Chilembwe represents an act of defiance, as it was illegal at the time for an African to do so in front of a white person. Outraged by discrimination and forced labor imposed on Africans by the British protectorate after the onset of World War I, Chilembwe instigated an uprising against colonial rule in January of 1915. He was killed by the British roughly one week later and his church was burned to the ground. Today in Malawi, John Chilembwe Day is celebrated annually on January 15.

Samson Kambalu is represented by Kate MacGarry in London and Galerie Nordenhake Stockholm/Berlin/Mexico City. We thank the artist and both galleries for their assistance in this exhibit.

All exhibitions at Rosenwald-Wolf Gallery are free and open to the public.

Born in Malawi in 1975, Kambalu attended Kamuzu Academy, known as the "Eton of Africa." He graduated from the University of Malawi’s Chancellor College in 1999, where he trained as a fine artist and ethnomusicologist. In 2003, he completed his MA in Fine Art at Nottingham Trent University and later received his PhD from Chelsea College of Art and Design for an investigation of Marcel Mauss’ concept of the gift and how economies animate aspects of art practice. Kambalu has won research fellowships with Yale University and the Smithsonian Institution, and is an Associate Professor of Fine Art at Ruskin School of Art, and a Fellow at Magdalen College, Oxford University.

Kambalu’s memoir The Jive Talker or How to Get a British Passport was published by Jonathan Cape in 2008 and was recently reissued by September Press. His first novel, Uccello's Vineyard was published in 2012.