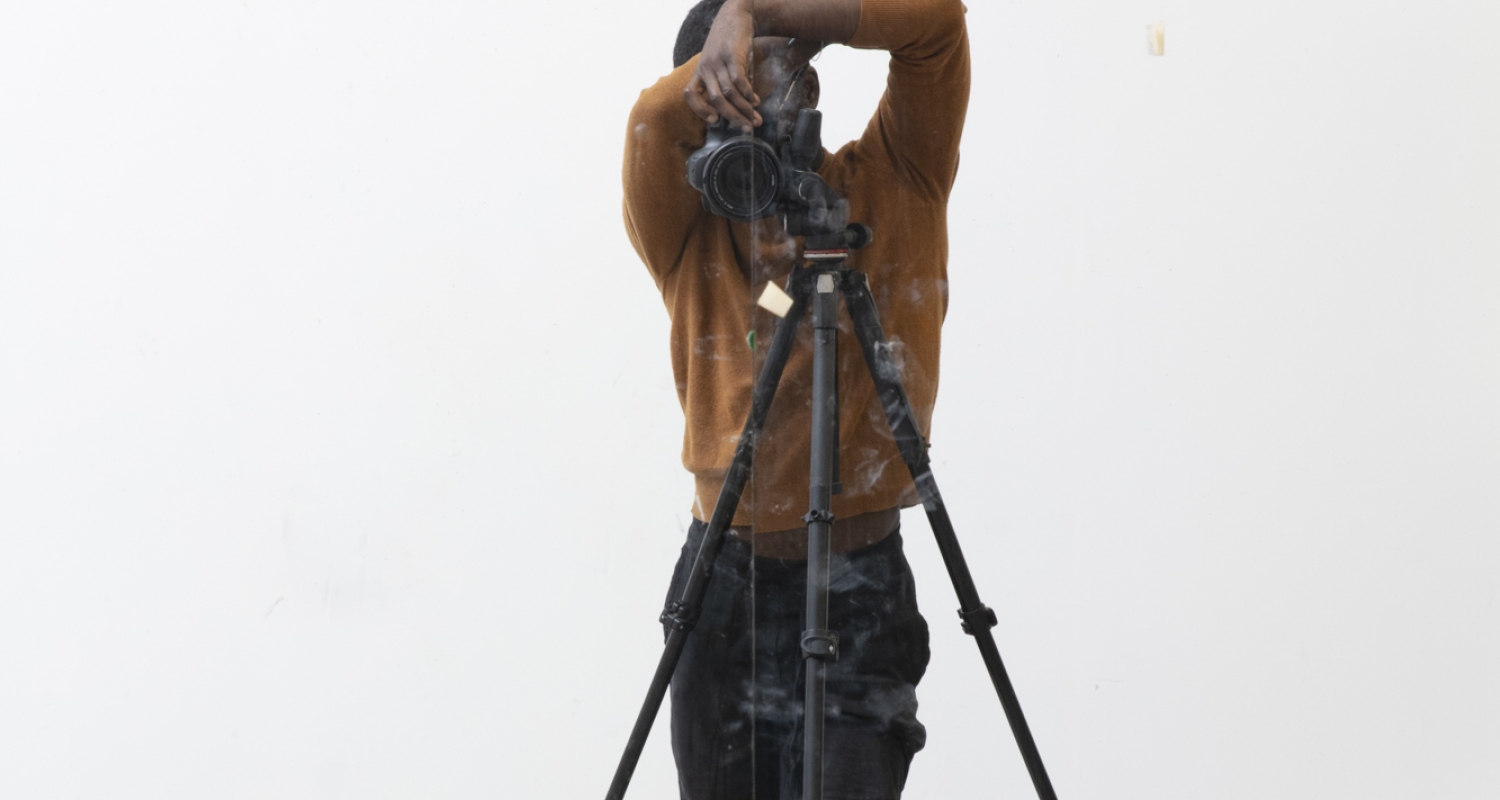 The University of the Arts is pleased to present two billboards by Los Angeles-based artist Paul Mpagi Sepuya in The Hamilton Public Art Project, an initiative of Rosenwald-Wolf Gallery, on Broad Street from June 29 to December 10, 2021. Sepuya is known for his photographs that interrogate narratives of racial and gender construction, extending conceptual art with the legacies of the pictures generation (Laurie Simmons, Richard Prince, Cindy Sherman, etc.). 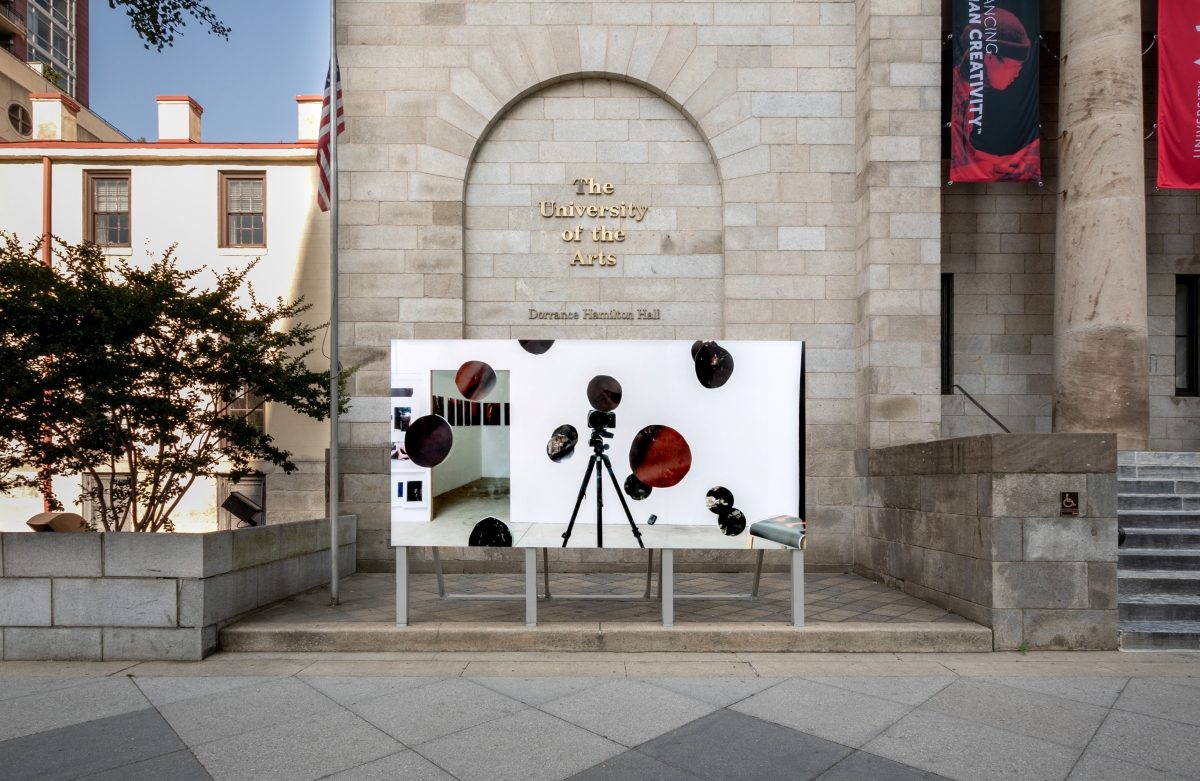 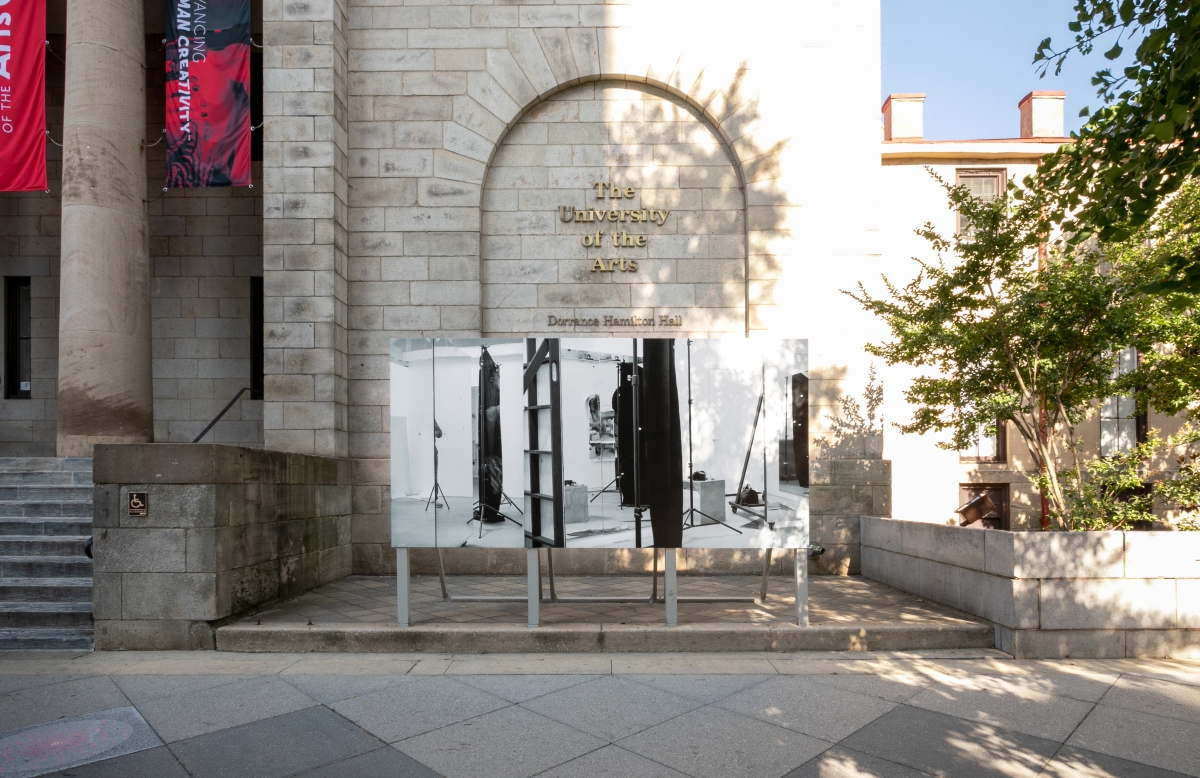 Born in San Bernardino, California, Sepuya attended New York University's Tisch School of the Arts and received his BFA in 2004. He received his MFA in photography in 2016 from UCLA Department of Art. Sepuya's photography invites close reading. Concerned with a studio practice that involves a deconstructed representation of the photographic act, a reconsideration of modern portraiture and a queer examination of sexuality and race, Sepuya's images take time to fully comprehend the complexity of their structures.

“Studio (0304) (0306) (0310),” for example, involves a matrix of this layered seeing: a studio setup in which the observer actively becomes observant, perceives the photographer dissect space, while mirrors reflect photographs within photographs and subtly reveal past activities within the workspace. Black backdrops functionally block vision while referencing black skin.

In the image on the second billboard, “Studio Mirror with Roses at Night (0X5A7732),” a camera on a tripod seems to look out at the viewer yet actually records cutout photographs taped to a large mirror which reflectively looks back into another deeper space behind the white wall. Photographs of roses signal romance, sensuality and sentimentality. Sepuya's works intelligently riff on art history, here Diego Velázquez, here David Haxton, here Jeff Wall, here Richard Bruce Nugent.

Sepuya’s work is in the collections of the Baltimore Museum of Art, the Getty Museum, the Guggenheim Museum, LACMA, MoCA Los Angeles, MoMA, The Studio Museum in Harlem and the Whitney Museum, among others. His work has been covered in the New Yorker, the New York Times, Art in America, The Nation and The Guardian. His work was featured on the cover of ARTFORUM’s March 2019 issue. Recent museum exhibitions include those at the Guggenheim Museum, the Barbican Centre, the Getty Museum and a project for the 2019 Whitney Biennial. A survey of work from 2008-2018 was presented at CAM St. Louis and University of Houston Blaffer Art Museum, accompanied by a monograph published by CAM St. Louis and Aperture Foundation. Sepuya is an Associate Professor in media arts at the University of California San Diego.

Sepuya is represented by DOCUMENT, Chicago, and Vielmetter Los Angeles.