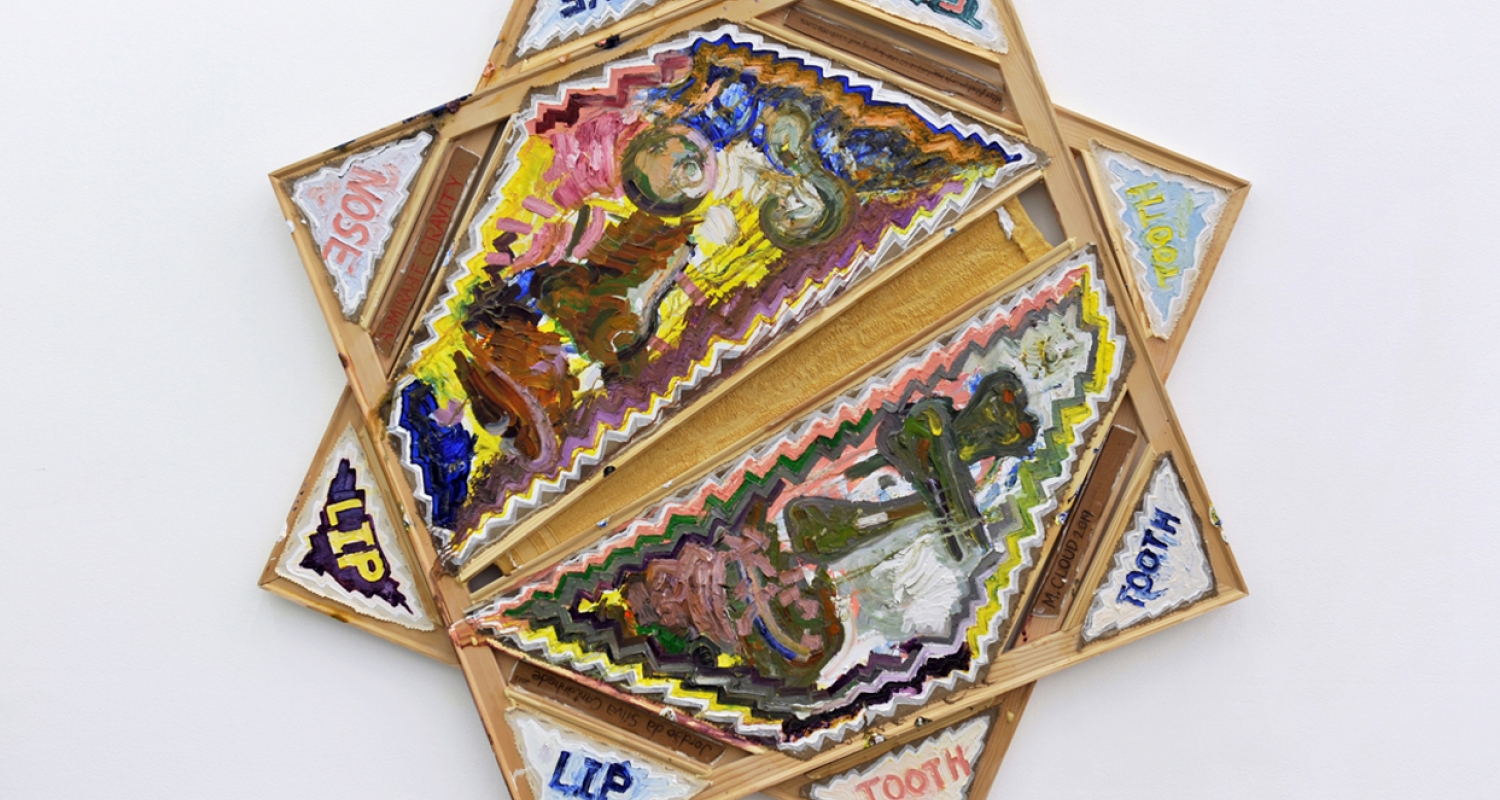 The Rosenwald-Wolf Gallery of the University of the Arts is pleased to present the first Philadelphia exhibition of paintings by Mike Cloud. Cloud is widely known for his large-scale, layered and constructed paintings.

Our exhibitions are free and open to the public. 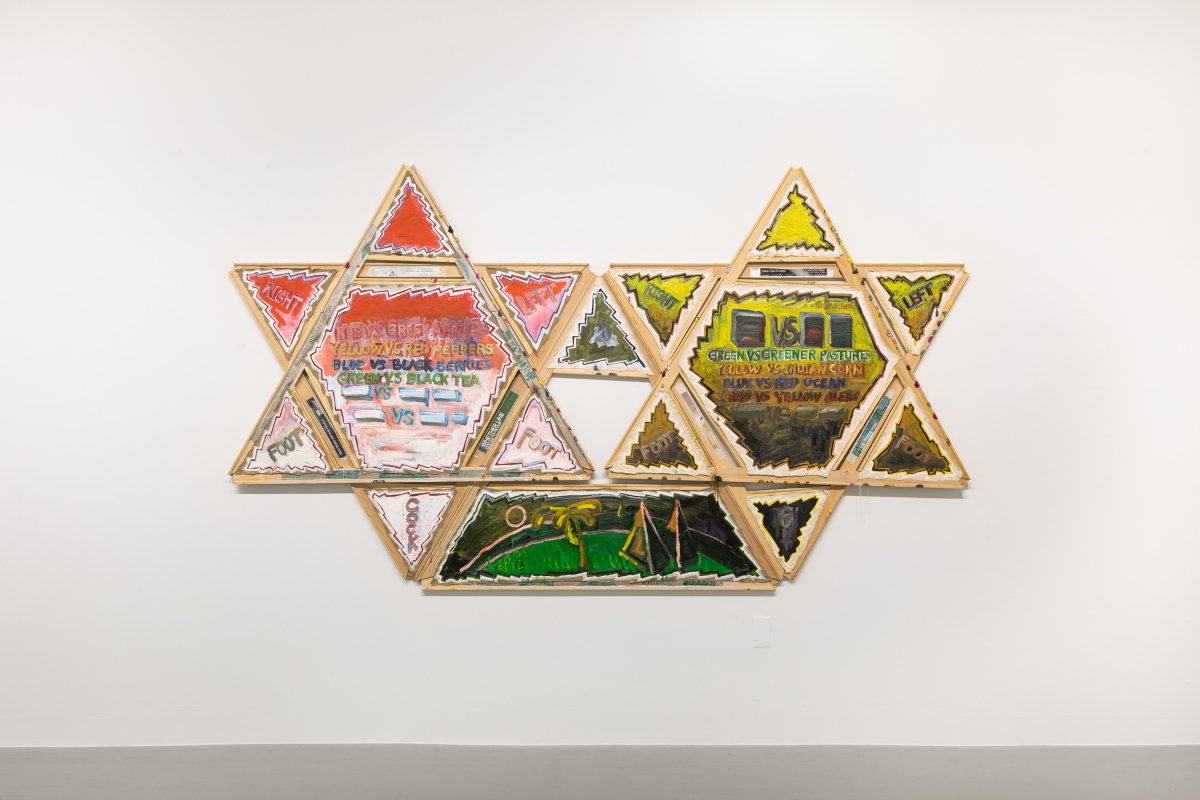 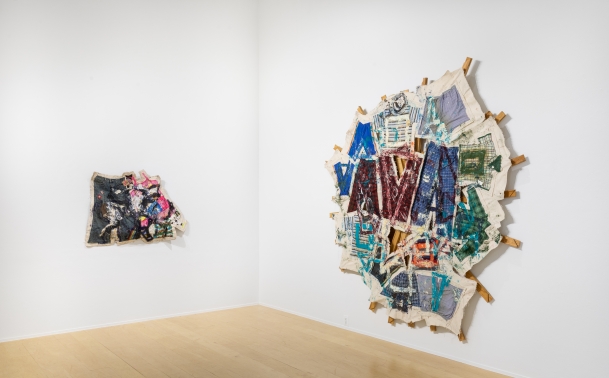 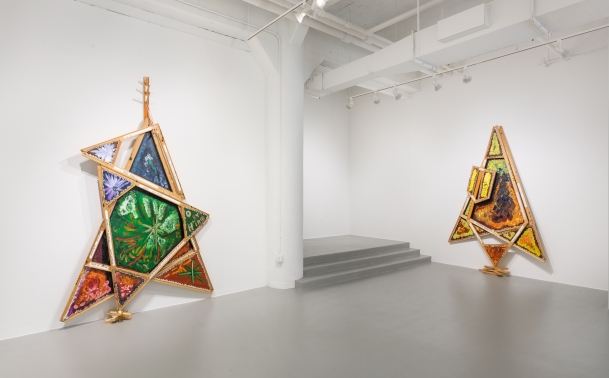 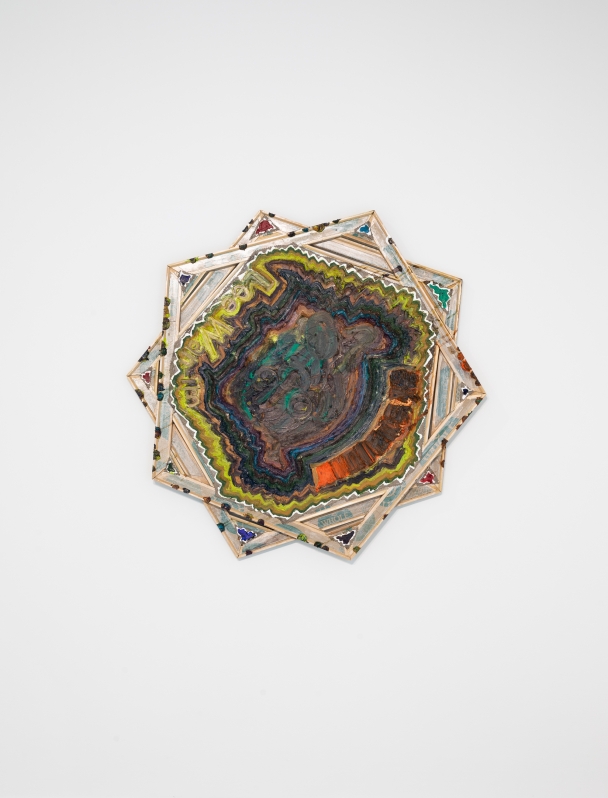 Artist Mike Cloud in the studio

Born in 1974 in Chicago, Illinois, Cloud attended University of Illinois (BFA 2001) and received his MFA from Yale University in 2003. He currently lives and works in Chicago. Cloud’s paintings complicate with layers of meaning. He constructs tiered stretchers, often in stellate forms, to which he applies objects such as child’s clothing. The canvases are stapled within the stretchers so that they are exposed as things, constructs, objectified not illusionistic, inverted, exposed, raw. The clothing supplies an understandable scale indexed to a small body. His texts and paint marks then are coded communication rituals. For Cloud, painting retains an allegorical function, it’s system is imbued with a history, a site (the wall), and an evolving lexicon of marks. There is an urgency to his exploration of new forms that mimics expressionism.

Cloud has been reviewed in the New York Times, Art in America, Art Review and featured in the Phaidon Press publication Painting Abstraction by Bob Nickas. His awards include the inaugural Chiaro Award from the Headlands Center for the Arts, an artist Fellowship from the New York Foundation for the Arts, the Barry Schactman Prize in Painting from the Yale University School of Art as well as the Grace Holt Memorial Award in African American Issues from the University of Illinois, Chicago.

Cloud’s work is in private and public collections including the Metropolitan Museum of Art, the Bronx Museum, Lincoln Center New York; the Sheldon Memorial Art Museum, Lincoln, Nebraska and the Danubiana Meulensteen Art Museum in the Slovak Republic. He is currently an Associate Professor at the Art Institute of Chicago. Cloud is represented by Thomas Erben Gallery in New York.