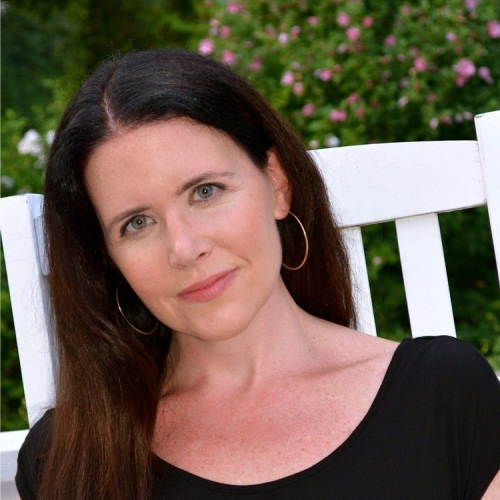 Introduction
Ellie Juska is a novelist and short story writer who has been teaching fiction writing at University of the Arts since 2002. She was founding director of UArts’ BFA in Creative Writing program, which launched in 2013, and received the university’s 2014 Lindback Award for Distinguished Teaching. Juska currently serves as advisor for the Creative Writing minor and faculty advisor for the student literary magazine, Underground Pool. She has also taught fiction writing as visiting faculty in the MFA program at University of New Hampshire and as a part-time assistant professor at New School University in New York City.

Biography
Juska majored in English at Bowdoin College, where she was the recipient of the Hawthorne and Sinkinson short story prizes, then went on to study creative writing at University of New Hampshire, where she received graduate awards for best short story and overall body of work.

Experience
She is the author of five novels, including The Blessings, which was selected for Barnes & Noble’s Discover Great New Writers series, Entertainment Weekly’s “Must List” and the Philadelphia Inquirer’s Best Books of 2014. Her short fiction and nonfiction have appeared in Electric Literature, The Gettysburg Review, Harvard Review, The Hudson Review, The Missouri Review, Ploughshares and numerous other publications. Justa is also the recipient of the Alice Hoffman Prize from Ploughshares, and her work has been cited as distinguished by The Best American Short Stories and Pushcart Prize anthologies.

Awards & Accolades
Praise for Juska’s most recent novel, If We Had Known (Hachette, 2018)

“In elegant, gripping prose, If We Had Known offers a startling and empathetic look at the humanity behind the all-too-frequent headlines. Juska has produced that rarest and best kind of literature-a page-turner with a message and a heart.” – Darin Strauss, National Book Critics Circle Award–winning author of Half a Life

“[Juska] strikes a cozy tone that is the literary opposite of toxic masculinity … In our age of political rancor and tweet storms befitting our state of emergency, there is something radical about a take on the gun problem that concerns itself more with raising questions than ire.”  – New York Times Book Review

“Juska’s story nests in a thicket of current issues: social media, gun violence, teenage anxiety and anorexia, and the responsibility of academics with regard to troubled students. Well-written, realistic and suspenseful to the point of dread.”  – Kirkus Reviews