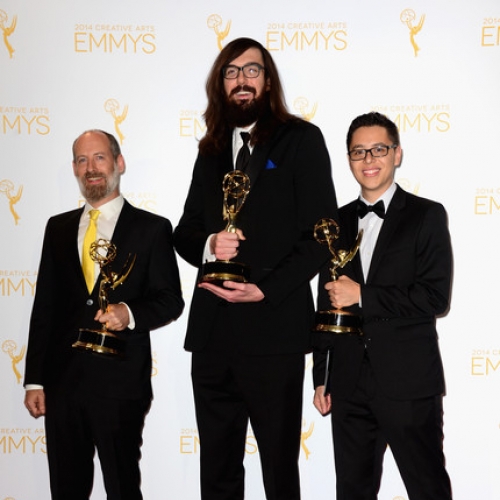 In addition to majoring in Writing for Film & Television, I minored in Film, and a big part of that was working with actors and other students from other departments, learning the nature of collaboration. I took acting and musical theater classes, and I married an illustrator. 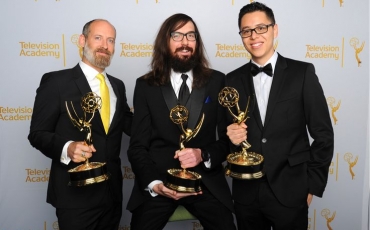 Derek Dressler BFA '05 (Writing for Film & TV) is a writer of animated films and TV shows, and winner of a 2014 Emmy Award for Outstanding Short-Format Animated Program for his work on the Disney Channel Mickey Mouse short "O Sole Minnie."

"You have to be ready to collaborate," he says, "because in the studio system you might rewrite a script over and over again, then toss it out and start over. Because the faculty at UArts actually worked in the industry, that reality was drilled into my head, in a good way."

Derek has written on series for Cartoon Network, Nickelodeon and Netflix. He was a staff writer, then story editor on Disney’s Kick Buttowski: Suburban Daredevil for two seasons, and a creative consultant on series for Nickelodeon and Cartoon Network. Derek was co-executive producer of the Nickelodeon international series Get Blake. He also wrote 18 stop-motion shorts for WWE Slam City, produced by Stoopid Buddies Stoodios, as well as the original screenplay for Mattel’s Hot Wheels animated feature, Team Hot Wheels: The Origin of Awesome!. Derek co-wrote the screenplay for Troma’s Return to Nuke 'Em High Volume 1 and its sequel, Return to Return to Nuke 'Em High Aka Vol. 2 (directed by cult icon Lloyd Kaufman)—both of which premiered at the Cannes Film Festival. Derek has developed series for Amazon, Nickelodeon, Dreamworks, and Disney and is currently head writer on a new series at Netflix.