Storytelling is like planning a road trip from San Francisco to L.A., and realizing the best route is through Chicago. It's not where you go, but how.

Brad Guigar is considered by many to be an independent-comics pioneer, having self-published his daily strips and other comics on the Web for over 20 years. His most well-known comic, “Evil Inc,” is about supervillains who realized that most of their evil schemes could be enacted legally if they formed a corporation. It was launched in 2005, and it continues to be unfortunately relevant to this day.

He has published over two dozen collections of his comics, and he is the author of three books on the subject of cartooning. The Everything Cartooning Book is an all-ages cartooning tutorial. Both How To Make Webcomics and The Webcomics Handbook break down the business of self-publishing comics using social media and crowdfunding strategies.

Guigar was nominated for the highest award in comics, the Will Eisner Award, for his journalistic comic, Phables, which ran in the Philadelphia Daily News. He operates a daily tutorial-and-advice site, Webcomics.com, and he co-hosts a weekly podcast, ComicLab, which has been described as the “Car Talk for cartoons.”

"My first priority when students walk into my classroom is to disabuse them of their preconceived notion of ideas. They spend so much time looking for ideas, worrying about whether their idea has already been done! On day one, I tell them the truth—ideas are worthless. Art is in the execution of an idea. To prove it, we randomly pick two character types and a setting, then write a story based on them. The stories are always delightful. Storytelling is like planning a road trip from San Francisco to L.A., and realizing the best route is through Chicago. It's not where you go, but how".

Brad teaches Visual Storytelling in the Screenwriting BFA Program at UArts. He lives in Philadelphia with his wife, Caroline, and their two sons. 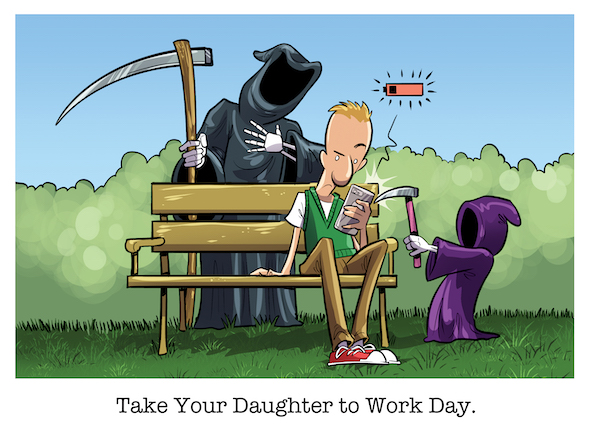