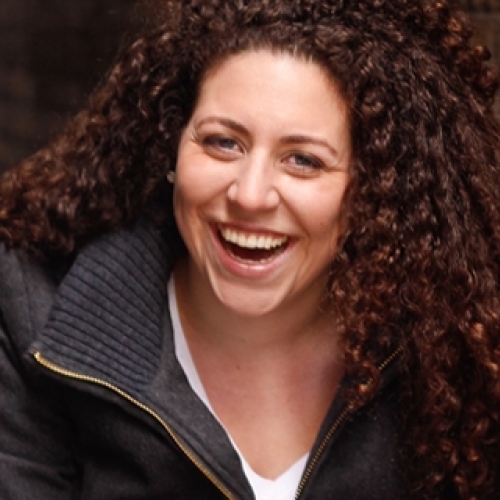 I am proud of the career that I've made for myself, and I know that Steppenwolf, the Arden and UArts are to thank for that.

While in her senior year, Elana was the artistic intern at the Arden Theatre Company and worked under Terrence J. Nolen, Amy Dugas Brown and Matthew Decker. The internship that UArts required provided Elana with the foundation of work ethic and efficiency required in her post-graduate work as a theater administrator. This past fall, Elana was thrilled to return to Philadelphia for a few months to work on “Parade” at the Arden Theatre Company with Terrence J. Nolen.

During April of her senior year, in the midst of the hectic schedule of her final directing project at the University of the Arts, Elana received a phone call from Erica Daniels at Steppenwolf Theatre Company in Chicago offering her the position of casting apprentice for the 2009 - 2010 Season. A few months later, she packed up all her fond and loving memories from the East Coast and moved to the Mid-West.

Working at Steppenwolf Theatre Company was a dream for Elana. The apprenticeship program had monthly networking events that helped her to quickly become established in Chicago. She still works at Steppenwolf with a program she has a lot of passion for, the Touch Tours. Alongside Director of Audience Experience Evan Hatfield, Elana has helped to establish and facilitate the Touch Tours for Steppenwolf's blind patrons. Steppenwolf is a leader in meeting the accessibility needs of their patrons, and Elana hopes to continue to be a part of the company's innovation.

Through her connections made during her apprenticeship, she started working for Two Birds Casting, which assists theater companies by facilitating the casting process.

"I was working with a company that started out small and within a year, we had cast over almost 40 productions. We always knew our goals, which was to help all sorts of actors have the opportunity to be seen by as many theater companies as possible."

"The thing I love about Chicago is that everyone has your back. I've experienced nothing but support from people in this business, and I honestly don't understand why every theater artist doesn't live here."

Elana is now a company member of Jackalope Theatre Company, which was named the 2013 Best Up-and-Coming Theatre Company by Time Out Chicago. She formerly served as Jackalope's associate producer & director of casting.

"Since the Arden, I've been searching for a company that I can call my home. And now I've found it, and it feels great."

Attending the University of the Arts as a Directing, Playwriting & Production major was the ideal college experience for Elana. She says she was constantly challenged, supported and learned the true meaning of collaboration.