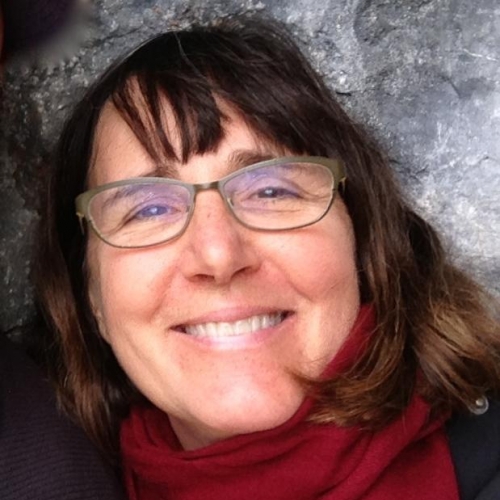 Rebecca Schneider is Professor in the Department of Theatre Arts and Performance Studies where she teaches performance studies and intermedial art at Brown University. She is the author of Theatre and History (Palgrave 2014), Performing Remains: Art and War in Times of Theatrical Reenactment (Routledge 2011) and The Explicit Body in Performance (Routledge, 1997). With Jussi Parikka she is the author of Remain with Meson Press (2018). She has coedited the anthology Re:Direction: A Theoretical and Practical Guide to 20th-Century Directing and three special issues of TDR: The Drama Review: 1. on Precarity and Performance (2012), 2. on New Materialisms and Performance (2015), and 3. on Performance and Social Reproduction (2018). She is a consortium editor for TDR, has been a contributing editor to Women and Theatre, and is coeditor with David Krasner and Harvey Young of the book series "Theatre: Theory/Text/Performance" with University of Michigan Press.

Schneider has published essays in several anthologies including Psychoanalysis and Performance, Acting Out: Feminist Performance, Performance and Cultural Politics, Performance Cosmologies, Performance and the City, and the essay "Solo Solo Solo" in After Criticism. Her essay "That the Past May Yet Have Another Future: Gesture in the Times of Hands Up," published in Theatre Journal, won the 2018 Oscar Brockett Best Essay Prize at the American Society for Theatre Research. In addition, she has collaborated with artists at such sites as the British Museum in London and the Mobile Academy in Berlin, and delivered lectures at museums such as the Guggenheim in New York, the Gulbenkian in Lisbon, the Museum of Modern Art in Warsaw, Musee d'art contemporain de Montreal, the Centre de la Dance in Paris, and the Point Art Center in Cyprus.