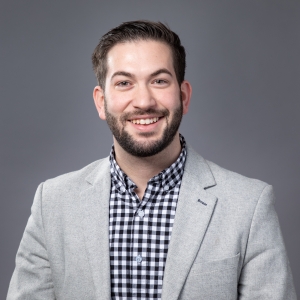 Tim Popp joined the UArts Advancement team in January 2018.  He oversees the Alumni and Parent Councils and cultivates regional chapters of the Alumni Association so UArts alumni may continue to engage with each other and the university after graduation.

Prior to working in higher education, Tim was the artistic director of Wolf Performing Arts Center, a non-profit theater organization for children.  He produced programming for grades K-12.  Career highlights include the creation of a touring production that tackled themes of social justice, featuring young actors and writers.

Tim has been working as a theater and dance artist in Philadelphia since 2009.  He received in BA in Theatre and Media & Communications from Muhlenberg College. Tim lives in South Philly and loves to explore all of its legendary local haunts.