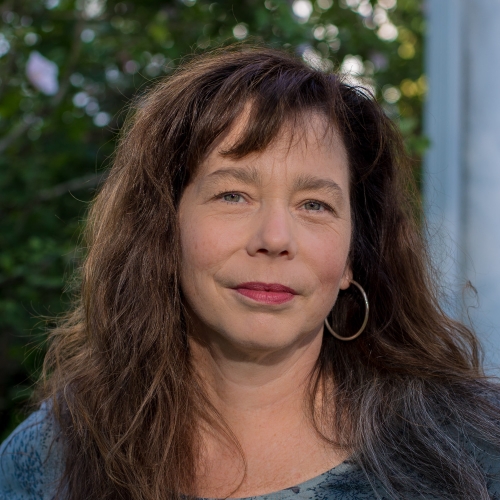 Susan Skoog is a filmmaker and screenwriter who wrote, produced, and directed the feature film, Whatever, which premiered at the Sundance Film Festival and was released theatrically by Sony Pictures Classics. Whatever stars Liza Weil (Gilmore Girls, How To Get Away with Murder) and Frederic Forrest (Apocalypse Now, The Conversation). Susan has written screenplays for Warner Brothers, HBO and MTV Films among others, working with such esteemed producers as John Wells (ER, The West Wing, August: Osage County) Ron Yerxa and Albert Berger, (Cold Mountain, Election, Little Miss Sunshine), and George Pelecanos (The Deuce, The Wire).

Susan has also had a successful career as a writer, director, and producer of numerous documentary and non-fiction programs for such television networks as VH1, Turner Network Television, Turner Classic Movies, AMC, FX, MTV, CBS, Fuse, Rave HD, TBS, Tru TV/Court TV and PBS. She was the series producer for VH-1’s weekly film program FLIX as well as the producer and director for many of that network’s ACE Award winning series, VH1 to One. Susan also co-directed and edited an hour-long documentary for PBS on George Clinton and Parliament Funkadelic, One Nation Under a Groove, which aired in 2006.

Her award-winning scripted digital series, Breeding Grounds, was included in IFP’s Screen Forward Lab and the No Borders section of Film Week, all of the episodes premiered at the Montclair Film Festival, and have screened a numerous film festivals. Her most recent film, Dog Walker, stars Emily Bergl (Shameless, The Marvelous Mrs. Maisel, Mindhunter) and is currently screening at film and content festivals across the country.

Susan holds a BFA in theatre from New York University, and an MFA in screenwriting from National University. She taught screenwriting and directing in the BFA Filmmaking program at Montclair State University in New Jersey for over ten years and served as the Director of Programming for the Film Institute at Montclair State. She is a member of the Writers Guild of America, East and the NY Fiction Chapter of Film Fatales. Susan is an Associate Professor and the Program Director for Screenwriting at University of the Arts.