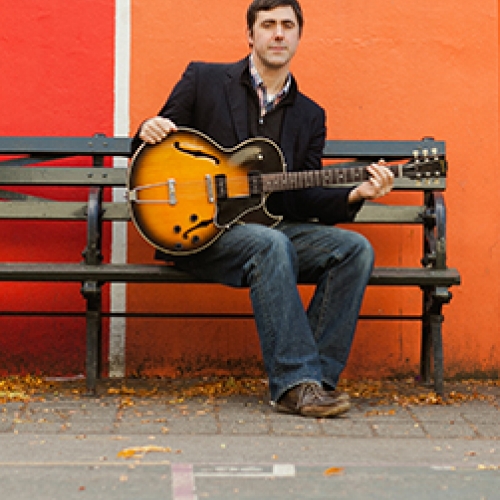 Matt Davis is an adjunct associate professor of jazz guitar and the chair of the Guitar Department at UArts. He is also on the guitar faculty of Manhattan School of Music’s Pre-College program and a teaching artist for the New York Pops in New York City.

Matt Davis is a guitarist, teacher and composer based in the New York, New Jersey and Philadelphia areas. His influences include a wide range of artists and styles, including celebrated guitarists such as George Benson, Tal Farlow, Grant Green, Pat Metheny, Pat Martino and Wes Montgomery, as well as contemporary players like Gilad Hekselman, Julian Lage, Mike Moreno and Kurt Rosenwinkle.

In addition to having studied under notable jazz educator Dennis Sandole, Davis earned his bachelor’s degree in Jazz Guitar from Temple University in Philadelphia and his master’s degree from the Manhattan School of Music in New York City.