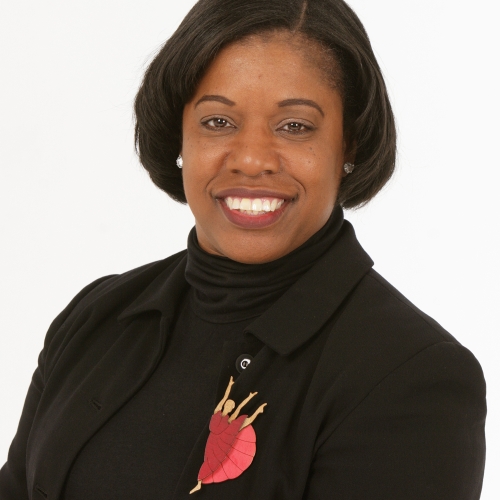 Associate Professor, School of Dance
BFA, The University of the Arts

Kim Bears-Bailey is a Bachelor of Fine Arts (B.F.A.) graduate of The University of Arts and Assistant Artistic Director of The Philadelphia Dance Company (PHILADANCO), which she joined in 1981.  She is a 1992 "Bessie" Award recipient, (The New York Dance and Performance Award), and represented PHILADANCO at the 1988 American Dance Festival as a soloist where she performed two works by Dr. Pearl Primus. Kim also appeared in the movie “Beloved”. She is one of few artists granted permission to remount the works of many world-renowned choreographers including Talley Beatty, Pearl Primus, and Gene Hill Sagan. Kim travels around the globe as a teaching artist, artist-in-residence and reconstructor, many times creating her own works. She has produced, reconstructed and directed a two evening showcases; "Celebrating the Life & Legacy of Choreographer Louis Johnson" and  “Celebrating the Legacy of African-American Dance Pioneer Pearl Primus" with performances and panel discussions as part of An American Masterpiece project at the University of the Arts.

In 2011 Kim received the prestigious Mary Louise Beitzel Award for Distinguished Teaching from the University of the Arts and in 2016 was honored by the University with the distinguished Silver Star Alumni Award. She was one of four women choreographers to premiere new work as part of the 2012 Dynamic Women of Dance showcase presented by the August Wilson Center Dance Ensemble and is a member of the International Association of Blacks in Dance’s Next Generation of Leaders. In Summer 2017, Kim taught several master classes & residencies including the prestigious Jones & Haywood School of Dance (Washington, DC) Summer Intensive as part of the 'Vineyard Arts Project in Martha's Vineyard. She is the proud mother of Nia Yvonne Bailey.