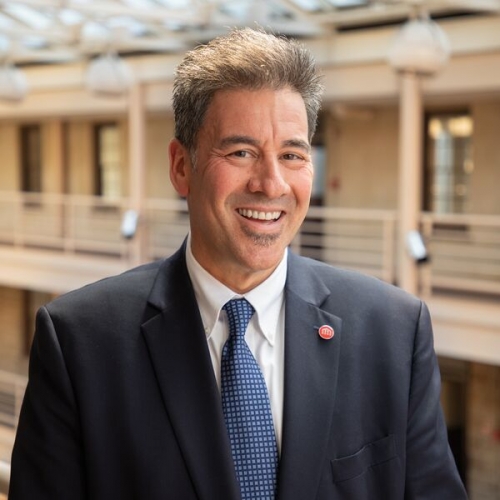 Rick Longo is the University's vice president for Academic Operations and vice president for Enrollment Management & Student Affairs. He oversees the Student Affairs, Student Financial Services, Admissions and Enrollment Management departments. Rick works with the entire campus community to support, in an integrated way, the recruitment and retention of the University’s graduate and undergraduate students.

Prior to UArts, Rick worked at Montserrat College of Art in Massachusetts, where he was executive vice president, having previously served as dean of Admissions and Enrollment Services there.

Rick has spent his career in admissions, with a focus on art and design schools. He began his career at the Pratt Institute as an admissions counselor and went on to leadership positions at the Swain School of Design at the University of Massachusetts/Dartmouth, the School of Visual Arts in New York and Maine College of Art. He is himself an art school graduate, having earned a BFA in Communication Design from Pratt.