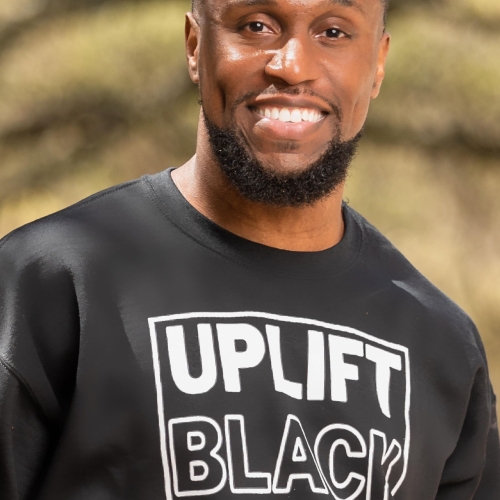 Uwazi Zamani is a celebrated Black, multidisciplinary performance artist and social arts activist from Houston, Texas. He holds a BFA in Dance Performance and Choreography and a BA in African and African Diaspora Studies from The University of Texas at Austin. He has performed and worked under the artistic direction of choreographers Kevin Wynn, Steven Iannacone, Dorrell Martin, Elijah Gibson Stephanie Martinez, Alicia Diaz, Patricia Wilcox, Iquail Shaheed, Anne Rena Petrarca, Eddie Stockton and Sharon Wong. Well into his career, he joined Houston’s Urban Souls Dance Company, under the artistic direction of Harrison Guy, and performed works by Trent D Williams Jr., Travis Gatling, Christopher Thomas and Kevin Ferguson. Uwazi has served as an artist in residence with Dance Iquail!, Philadelphia, and with The Ensemble Theatre, Urban Souls Dance Company, DanceSource Houston and Union Arts Festival, all of which are in Houston.

Uwazi has also served as a research consultant and dramaturg to Social Movement Contemporary Dance Company, under the artistic direction of Elijah Gibson and Guggenheim Fellowship recipient Tommie-Waheed Evans and his company, waheedworks. Moved by the writings and performance art of the Black gay cultural renaissance of the ’80s and ’90s—during the height of the HIV/AIDS epidemic—he has archived digital and physical copies of those writings, in an effort to educate the public on the histories of Black sexual and gender-variant communities. His performance and the choreographic process is informed by Black queer oral and written histories and movement vernaculars as amplified evidences of being. Through the use of multidisciplinary energetics, Uwazi seeks to create a palette of work that presents an intentional authority over elements like space, identity, entity and music as a way of exhibiting a simultaneity of engagement, refusal and protest, as well as one that prompts intentional dialogue, transformative justice, and works that are firmly planted in unraveling the complexities of Black queer histories and modes of being.

Uwazi’s current research explores the history of ballroom/house culture and a theorized embodied practice of vogue fem. Uwazi is entangled with vogue fem’s physical enactment of cultural memories and residues that connect the form to its diasporic past. He is examining vogue fem as a vehicle for intergenerational transfers of culture amongst Black trans, queer and gender-variant communities and these communities are formed across time. Uwazi has been the recipient of several creative arts grants and awards from the Houston Arts Alliance, DanceSource Houston and the University of Texas at Austin. Uwazi has also received the Social Impact Award from Houston Community College and the Adobe Creative Genius Grant.