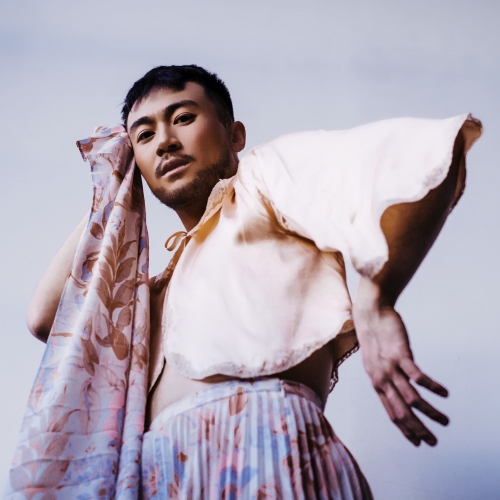 Jason Vu is a nonbinary Vietnamese American movement artist and mind-body wellness practitioner. A scholar of dance forms, trauma-informed health and well-being, yoga, and Eastern philosophies of mindfulness and meditation, Vu believes in the body as the vessel and vehicle for liberation and QTBIPOC narratives as the heart of transformative justice. Grounded in collective care, co-creation and consent, Vu creates dance films and performances to ritualize nonoppressive ways of knowing, doing and being. They facilitate creative processes and educational spaces to reconnect people with instinctual and spiritual embodiment, both for the sake of cultivating liberated expression and providing frameworks to investigate the self as it relates to past, present and future.

Jason choreographed and starred in the dance film PRINCESS (2020), choreographed qwe’re (2019) with the Brockus SHIFT/west residency, and choreographed the evening-length work We Live Like Water (2017) with the Brown Arts Initiative Grant. They performed as principal dancer for singer Melanie Martinez on the K–12 World Tour, directed by Brian Friedman. They served as an active performer for Dana Foglia Dance, through which they assisted Foglia in developing choreographies for company repertoire and commercial music artists, including Beyoncé. Vu graduated from Brown University, Providence, Rhode Island, with a BA in Health and Human Biology: Dance as an Alternative Form of Healing. They served as a teacher and researcher for Brown’s Artists and Scientists as Partners, a collective of scholars in public health, musicology, dance, anthropology and neuroscience devoted to teaching and disseminating dance programs for people with neurological and aging disorders.