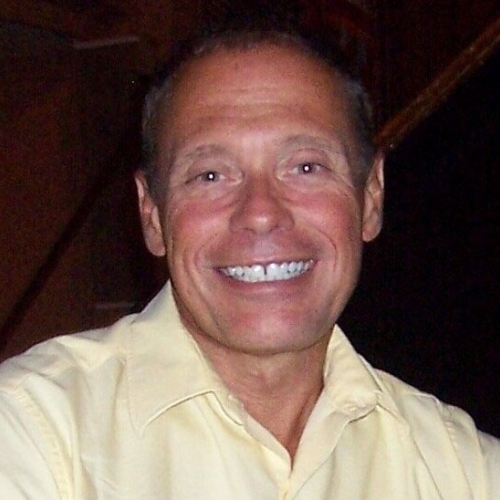 Associate Professor Jeffrey Kern joined the faculty of the University of the Arts in 1991. Besides having served as head of the Voice Department for 20 years, his teaching responsibilities include applied voice, conducting, advanced piano classes, advanced sight reading, vocal pedagogy for teachers, musicianship, jazz ear training, English diction and IPA for vocalists, and classes for the Musical Theater minor. He also conducts the University Chorus, the Handbell Ensemble, OcTonics, and the Musical Theater Ensemble. He has also acted as music director in the Theater Department’s productions of Cabaret, A Chorus Line, The Mystery of Edwin Drood, On the Town, Rodgers and Hart Revue, and Weird Romance. In 1998, he received the Louise Beitzel Award for excellence in teaching.

From 1991 to 2000, he served as assistant conductor of the Choral Arts Society of Philadelphia. During his tenure, he conducted members of Choral Arts in performances of Kodaly’s Missa Brevis at the Annenberg Center with the Jose Limon Dance Company, and prepared the chorus for performances with the Philadelphia Orchestra that include Ravel’s Daphnes et Chloe, Beethoven’s Symphony No. 9, Saint-Saens’ complete Samson et Dalila, Mahler’s symphonies No. 2 and 3, Grieg’s Peer Gynt, Debussy’s Nocturnes and Handel’s Messiah. In 1998 he prepared the chorus for performances of Mahler’s Symphony No. 8, combined with the New York Choral Society, the American Boy Choir and the Delaware Symphony. As a member of Choral Arts, he has been featured as a soloist in Richard Strauss’ Deutshe Motette and Ralph Vaughan Williams’ Mass in G Minor. Jeffrey was also director of music at the First Baptist Church of Haddonfield, New Jersey, where he was organist and directed eight choirs from 1985 to 1997.

Originally from Slatington, Pennsylvania, he earned his BS in Music Education from Lebanon Valley College, where he was a voice major, and his MM in Music Education with a choral conducting emphasis from University of Michigan in 1983. Jeffrey is active in regional theater and has played in the orchestras of Walnut Street Theater’s productions of A Chorus Line, Damn Yankees, My Fair Lady and The Sound of Music, as well as the recent national tour of Mamma Mia. He has served as music director for several community theater productions, including Dames at Sea; Destry Rides Again; Hello,Dolly!; Mame; The Music Man; and No, No, Nanette. In addition, Jeffery has conducted several festival choruses in the area, including District 11 Festival Chorus (2001), Bucks County Festival Chorus (2005), Pennsylvania All-State Chorus (2006), All-Catholic High School Chorus (2007), Salem County Chorus (2014) and Pennsylvania Region V Chorus (2018). He has had several of his choral and orchestral arrangements performed by the Philly POPS, the Ocean City Pops, the Richmond Symphony and the North Carolina Symphony.