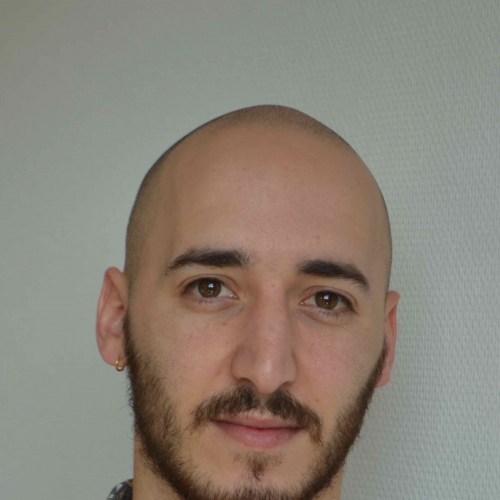 Nitsan Margaliot is an Israeli dance artist, performer and teacher. He graduated from the Jerusalem Academy of Music and Dance High School. He danced with Batsheva Ensemble Dance Company for two years. Following that, he joined Vertigo Dance Company, where he danced for another two years, performing and touring internationally. In 2013 he created his first solo piece which premiered in Shades of Dance Festival at Suzanne Dellal Centre. Later on that year Nitsan moved to Berlin; Since then he worked with choreographers such as: Andonis Foniadakis, Laurent Chétouane, Maud Le Pladec, Kat Válastur, Einav Katan-Schmid, Aoife McAtamney and Anne Collod.

Lately, Nitsan has been teaching at: ADK Academy of Performing Arts Baden-Wuerttemberg and Body Matters mini-symposium in Berlin, Germany; AVAYAVA- Contemporary Dance Festival in Pune, India; Vertigo International Dance Training Program, Israel; Missouri State University and The University of the Arts, USA. He is a co-founder of Mo.Ré, Collective for Movement Research in Berlin, Germany- where he teaches improvisation classes regularly at Dock11 and Tanzfabrik. In 2017-18 he created two duets, supported by Mapping Dance Berlin and performed at Adama Festival and Kelim Center in Israel. Currently Nitsan is studying his MFA in Dance at The University of the Arts in Philadelphia, PA with the support of the University of the Arts President's Fund for Excellence, BGU/Philadelphia Academic Bridge Fund, Szloma-Albam-Stiftung and the Norbert Janssen Stiftung. In 2019 he presented his ongoing collaboration with Dr. Einav Katan-Schmid as part of the research "Playing with Virtual Realities" at the Performance Philosophy Biennial in Amsterdam, and at the Dance Studies Association Conference at Northwestern University. He was commissioned to premiere a new work at the LAB Frankfurt by Dresden Frankfurt Dance Company in cooperation with the Jewish Community Frankfurt am Main, as part of the Jewish Cultural Weeks.