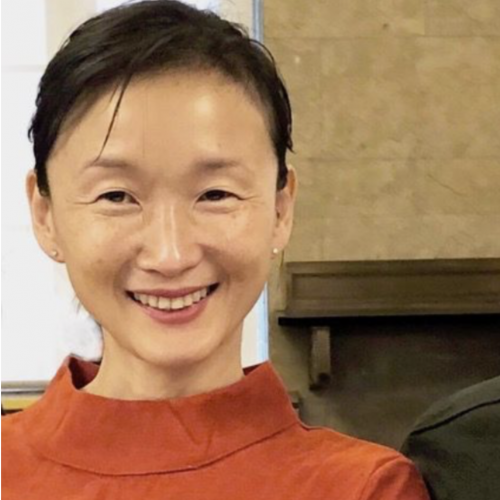 Rika Okamoto was chosen by Martha Graham for the school scholarship in 1989 and danced with the Martha Graham Dance Company from 1992-1999, where she first worked with Twyla Tharp in 1993.  Until her retirement in 2017, she worked with Tharp greatly and originated numerous roles in Tharp’s works, including Tony Award Broadway Productions Movin’ Out and Come Fly Away.  During her tenure, Okamoto was also Tharp’s assistant, a ballet master as well as the director of education, administrator and archivist for the Twyla Tharp Dance Foundation.  Okamoto has also worked with many other artists including Robert Wilson, Mark Morris, Jessica Lang, Daniel Ezralow, Meryl Tankard, Buglisi/Foreman, her teachers-Kazuko Hirabayashi, Pearl Lang, Yuriko, and continues to work with Sara Rudner and Alexander Brady.  Okamoto’s choreography was commissioned twice by Concord Academy in 2019.  Her commercial works include the original cast of Broadway Musical Tarzan, TV documentaries, award shows, commercials, prints, and films including Across The Universe directed by Julie Taymor.  She was chosen by Steven Spielberg to play the role Sayuri in his Memoirs of a Geisha project and was selected for the covers of Dance Magazine in 2010 and 2015.

She has been teaching and staging dance at numerous universities and institutions worldwide since 1994.  She holds a Yoga Alliance 500 hour advance teacher certification.

Okamoto was born and raised in Japan as a permanent ethnic Korean resident of Japan and moved to the US in 1988.