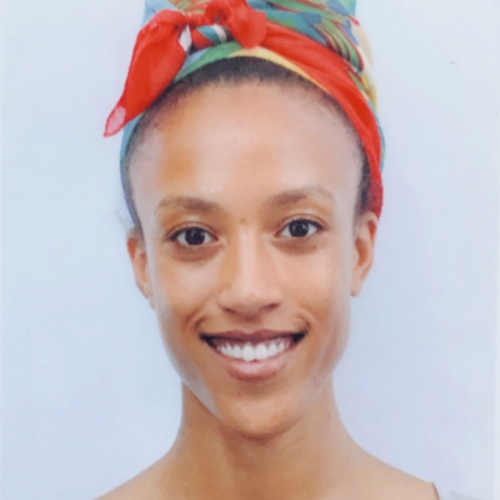 Brittany Engel-Adams is a dancer, teacher and choreographer based in Brooklyn. She attended the Alvin Ailey School and was the recipient of the Oprah Winfrey Fellowship. Brittany performed with the Alvin Ailey American Dance Theater prior to joining the Ailey II company. She trained at the Suzanne Dellal Center in Tel aviv with Ohad Naharin and the Batsheva dancers. Learning and practicing Naharin’s movement language “gaga”.

Brittany had the privilege of dancing with Donna Uchizono Company, Company Stefanie Batten Bland, Danaka Dance, Dance the yard, among others. She performed across disciplines for projects like, Sleep No More immersive theater; EMPAC dance film commission, directed by Orit Ben-Shitrit; Naomi Goldberg Haas site-specific work, and “The White Album” a multimedia performance piece directed by Lars Jan. She is featured in the film "Chiraq" directed by Spike Lee, and is a co-star in the HBO series "Boardwalk Empire." Brittany has taught at the Alvin Ailey School, ACDA Mid-Atlantic North Conference, Broadway Dance Center, DanceWave College Fair, NYU’s Tisch School of the Arts, 92nd Street Y, among others. She has been on the faculty at Brooklyn Ballet, Joffrey Ballet school, and Steps on Broadway. Her choreography has been presented at venus such as Symphony Space, Kumble Theater, Victoria J. Mastrobuono Theater and PS 261. Currently, Brittany dances with Netta Yerushalmy, Annie-B Parson - Big Dance Theater, and is on the faculty at Rutgers University.