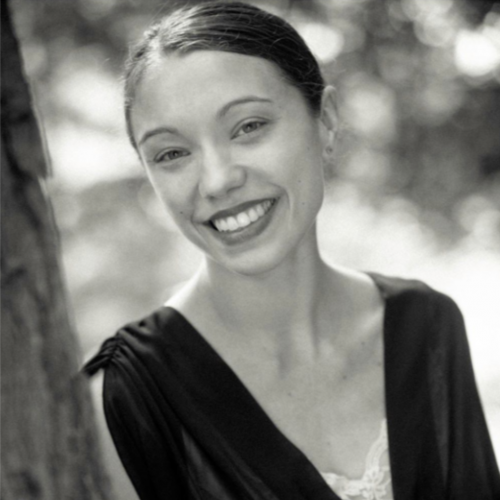 Originally from Greenwood, Indiana, Shannon received her training at Butler University and the University of Utah. She began her career with the second company of Hubbard Street Dance Chicago, then going on to dance and perform professionally with HSDC for nine years. In 2009, Shannon went on to further her growth as a dancer at Nederlands Dans Theater under the direction of Jim Vincent and Paul Lightfoot. During her time in Chicago and Europe, Shannon toured internationally dancing works by many world renowned choreographers such as: Jiri Kylian, Nacho Duato, William Forsythe, Ohad Naharin, Jorma Elo, and Crystal Pite. Having since returned back to Chicago, and after having given birth to a little baby girl, Shannon is once again sharing her artistry with the community. She has appeared in seven productions at the Lyric Opera including Rob Ashford's Carousel, Susan Stroman's The Merry Widow, and Les Troyens with Helen Pickett. She has been on faculty at the Joffrey Academy, Interlochen School for the Arts summer faculty, and Visceral Dance Center. Shannon is very happy to now be exploring her creativity through works of her own. She has choreographed for Visceral Dance Chicago, Thodos Dance Chicago, DanceWorks Chicago, Chicago Repertory Ballet, and was a recipient of the Joffrey Ballet’s Winning Work’s Choreographic Competition. Beginning to share her work outside of Chicago, a project with the University of Iowa premiered in their 2018 Dance Gala, and creations for Charlottesville Ballet and The Big Muddy Dance Company premiered in early 2019. She feels very fortunate for every one of these opportunities. Being able to find inspiration for her work in all of the things that she loves is a true gift.