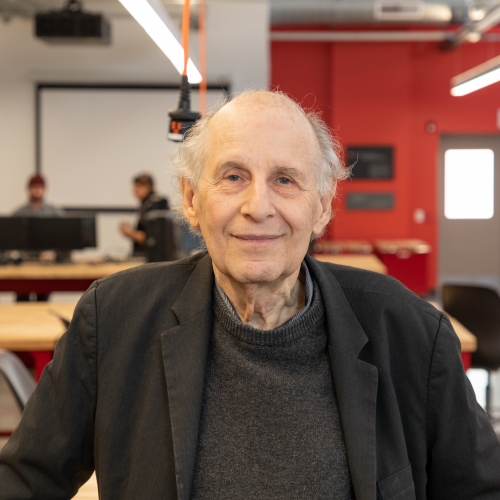 Director for Corzo Center for Creative Economy, Office of the President
215-717-6590
nekleinman@uarts.edu

Neil Kleinman is the director of the University’s Corzo Center for the Creative Economy and professor of innovation and entrepreneurship where he has been dean of the College of Media & Communication. He’s taught and published in a variety of fields – propaganda, design, mime, theater, social and economic history, law, writing for the marketplace, and the influence of technologies on society.   He’s founded or served on the boards or advisory committees of several non-profits in Philadelphia, Connecticut, Maryland, and Illinois, as well as having been an acquiring editor for a Cambridge-based publisher, literary editor for a national publication, and founding editor/publisher of a political weekly (Conn.).

He has received grants and awards in recognition of his teaching, programs, and community service.