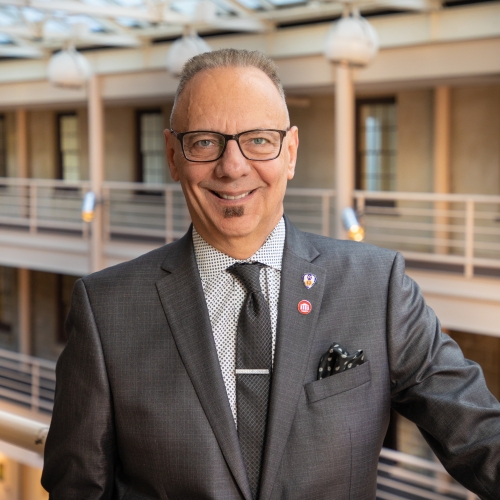 Marc Dicciani is Dean of the College of Performing Arts at the University of the Arts in Philadelphia, past Director of the School of Music at UArts, and a professor of drumset and music business. He is also a very busy professional drummer and clinician with dozens of international concert dates and clinics throughout the year.

Marc has made concert appearances performing with a wide variety of artists, including

Marc is a frequent adjudicator and clinician at conventions and jazz festivals around the country, and is a member of Modern Drummer Magazine’s Education Team. He also teaches the nation’s only graduate drumset course for music educators at Villanova University or Ursinus College each summer. He has been the musical director/conductor for countless awards shows in Philadelphia and played drums for two telecasts of the Golden Globe Awards in Las Vegas and Los Angeles.

At UArts, Marc teaches drumset, hand percussion and courses in music business to undergraduate and graduate students. He also directs an alternative bucket-drum ensemble called Rumble and a salsa ensemble.

He has been with the Grammy organization (National Academy of Recording Arts and Sciences) for more than 25 years as a board member, a chapter president, and a member of the National Board of Trustees.