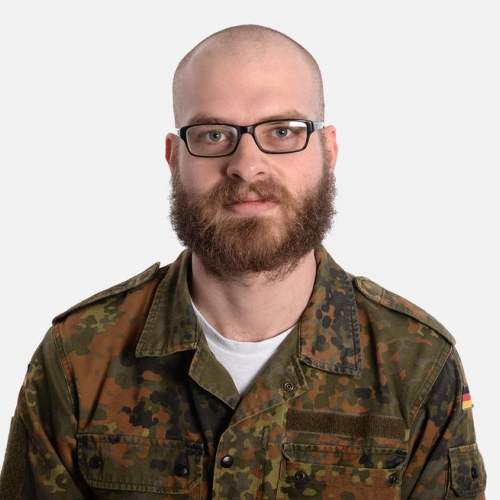 Justin Bernard is a Philadelphia based designer and fabricator who earned a Bachelor of Architecture from Temple University in Philadelphia, Pennsylvania. During his time at Temple University, Justin formed the group studioRON, a design collective whose design speculations are pursued through the development and fabrication of architecturally focused drawings, installations, prototypes, and inhabitable spaces. studioRON designed and fabricated installations for the Philadelphia AIA National Convention’s 2016 Parklet Design Competition and Design Philadelphia’s 2016 Pearl Street Passage with BCJ Architects.

The collective was also selected for and attended the Ikea Bauhaus Summer Workshop in Dessau, Germany in 2015. Most recently, Justin participated in a poster exhibition and workshop via the Umbau School of Architecture in Kraków, Poland. In the summer of 2017, Justin will be helping lead a design + fabrication studio in collaboration with James Madison and Temple Universities' Architecture Departments. The studio will take place in the Cloud Forests of Monteverde, Costa Rica where a team of faculty and and students will be creating a series of cloud producing kites or “Cloud Magnets.” Justin’s interests are endless in scale, scope, material, and medium.