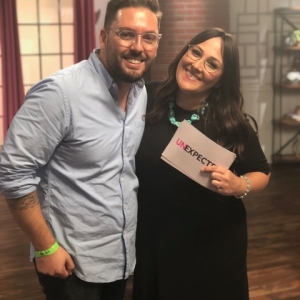 Mike Kane graduated from the WFTV program in 2002. After producing several independent documentaries, he wrote and produced shows for various networks including Discovery Channel, TLC, Animal Planet, PBS, FIT, and more. In 2007, he won an Emmy for his work on the Race2Replace, a series documenting the success of Lance Armstrong and the Discovery Racing Team.

He later worked as a writer, producer and showrunner for five seasons of TLC’s hit series, Hoarding: Buried Alive. Mike is currently an Executive Producer at TLC where he oversees such shows as, Unexpected, My Big Fat Fabulous Life, Dr. Pimple Popper, and My 600LB Life.

In his personal time, Mike does performance storytelling throughout Washington DC. He is a four-time performer at Story District’s Top Shelf show, and has been featured on NPR and other storytelling podcasts.

During my time at the University of the Arts, I never could have realized just how much the WFTV program was preparing me for a career in televsion The combined education in all areas of development, storytelling and production, as well as priceless wisdom about the business-end of the industry from my professors gave me a huge leg up from the moment I went looking for work after graduation.