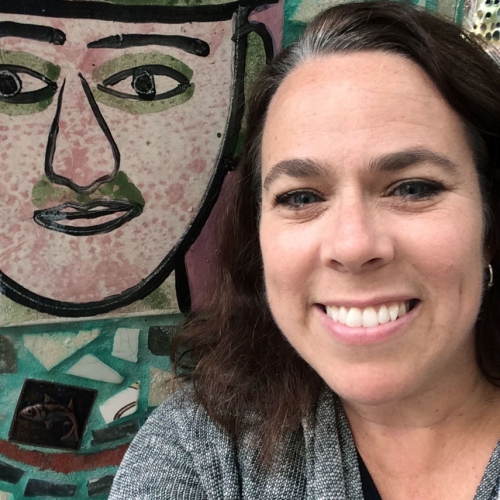 Specializing in photography, film, and animation, she also teaches secondary art for the Garnet Valley School District in Philadelphia. Robin exhibits her history-based photographs regularly, most recently at the Free Library and Third Street Gallery in Philadelphia.  She has been honored with the Pennsylvania Art Education Association Secondary Art Educator of the Year Award for Pennsylvania in 2013, along with a Faculty Award and the Richard and Patricia Henkels Award from The University of the Arts.

Robin attends and presents at both national and state art education conferences. As an active member of the Pennsylvania Art Education Association she has served as a regional representative and has been working as President-Elect for the past two years. She began her term as President of PAEA in October 2016.