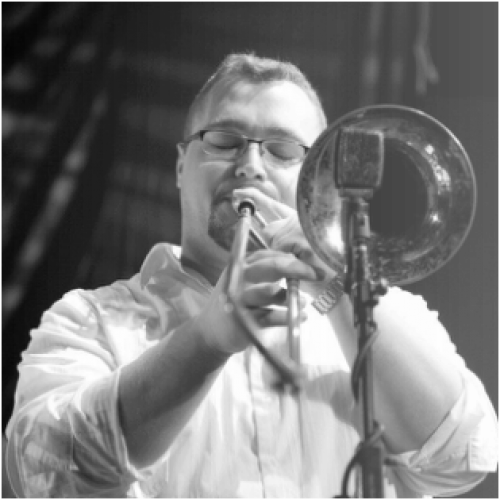 Jarred Antonacci a native of Bethlehem, Pennsylvania, and a Philadelphia resident since 2005, has been an in-demand performer, recording artist and music educator in Philadelphia for more than a decade. Equally versatile in classical, jazz, and a broad range of other contemporary styles, Antonacci frequently performs with the Philly Pops Orchestra, Jazz Orchestra of Philadelphia, Philly Pops Big Band, and Norman David and The Eleventet among many others.

Because of Antonacci’s versatility and ability to adapt to a multitude of styles, he is one of the first-call players in the region. Among the notable artists and productions with whom he has performed are Percy Sledge, Aretha Franklin, Wayne Newton, The Four Tops, The Temptations, Wynton Marsalis, Kenny Baron, Pat Martino, Jimmy Heath and The Midtown Men (national tours with the original cast of the Broadway show Jersey Boys). His album credits as a sideman include: Aretha Franklin- Aretha Franklin Sings The Great Diva Classics (R.C.A. Records); Elle Varner-4 Letter Word (R.C.A. Records); Daley- Blame The World (Universal Records); Norman David and The Eleventet- At This Time, Please Call (CoolCraft); Lady- You & Me (Ropeadope Records); Phil Roy- In The Weird Small Hours (R.E.D. Distribution); Paul Salerni and American Opera Classics- Tony Caruso’s Final Broadcast (Naxos). As a soloist and an advocate for new music, Antonacci has commissioned new works for trombone, including Concert Piece for trombone and piano (Lars Halle), Bomb Bomb for trombone and piano (David Bennett Thomas), Sliding Phases for unaccompanied trombone and Recitation/Exploration for trombone and piano (Norman David). Antonacci is a frequent clinician, guest artist and festival adjudicator in the greater Philadelphia region.