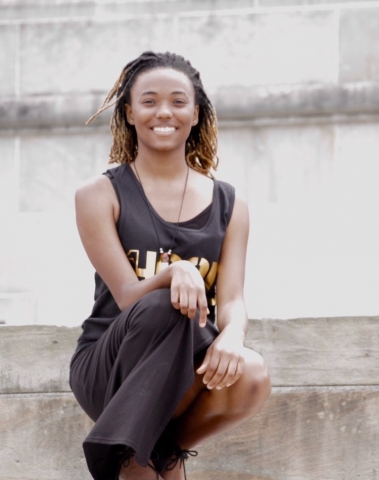 Tyra Jamison '20 (Creative Writing) is the second recipient of the Stephen Berg Scholarship, awarded annually to a sophomore Creative Writing major who shows exceptional promise in poetry. Her poems have been published in Whirlwind magazine and APIARY magazine, and she was a featured reader at both launch events.