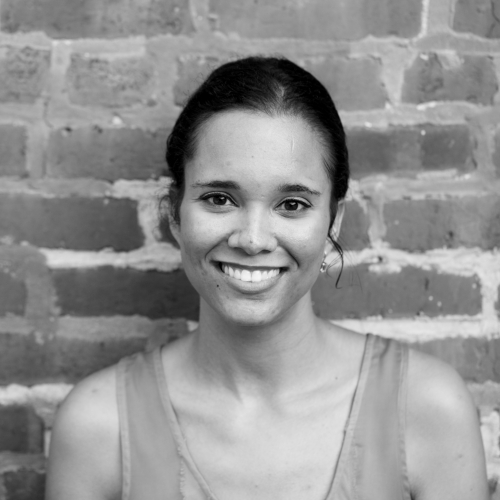 Elizabeth Ross Radigonda is an assistant professor at the University of the Arts in Philadelphia. She graduated from the University of the Arts with a Master of Music in Jazz Studies in December 2007. In January 2008, she joined their music faculty, and in September 2015, she became a full-time assistant professor. Elizabeth currently teaches Musicianship, Jazz Musicianship, Jazz Vocal Improvisation and private lessons, and runs the Jazz Singers ensemble. She is chair of the College of Performing Arts (CPA) curricular committee, a member of the School of Music’s ensemble committee and the CPA Dean’s Council, and an academic advisor.

Outside University of the Arts, Elizabeth maintains an active private teaching and coaching studio that specializes in everything from classical to contemporary music. She remains an active member of the Pennsylvania Music Educators Association (PMEA). In March 2019, Elizabeth will be the guest artist for the Penn State Jazz Festival, where she will perform with members of the Penn State Jazz faculty and work with their student jazz vocal group. In April 2018, she conducted the District 7 Regional Jazz Choir for PMEA.

Elizabeth is currently an adjudicator for the PMEA all-state vocal jazz choir, hearing blind auditions from students all over the state. She is also a frequent clinician, giving workshops and clinics for the Berks County Get JazzEd festival, and at multiple schools in the Pennsylvania Area. Elizabeth published her first article in the PMEA Journal in April 2016, titled “Jazz Phrasing for Young Vocal Students: Teaching Young Singers How to Rhythmically Stylize a Jazz Standard in Four Easy Steps.”

She also maintains an active performance schedule. In 2009, Elizabeth formed the Elizabeth Ross Quintet and regularly performs throughout the Philadelphia area. She has performed with the Philadelphia Jazz Project’s Mysterious Traveler series, Hoppin’ John Orchestra, the Crosky Street Trio, Pat Hart and the Fly Kicks, and as a core member of the choir at the Church of St. Luke and the Epiphany, the Philly Pops Festival Chorus, the John Clarke Little Big Band, Here/Now, and the Loose Cannon Band. Elizabeth performed as a member of the Mendelssohn Choir of Pittsburgh under the direction of famous choral director Robert Page. While in the choir, she performed Verdi’s Requiem, conducted by Gilbert Levine, and performed The Lord of the Rings Suite, conducted by the composer Howard Shore with the Pittsburgh Symphony Orchestra.