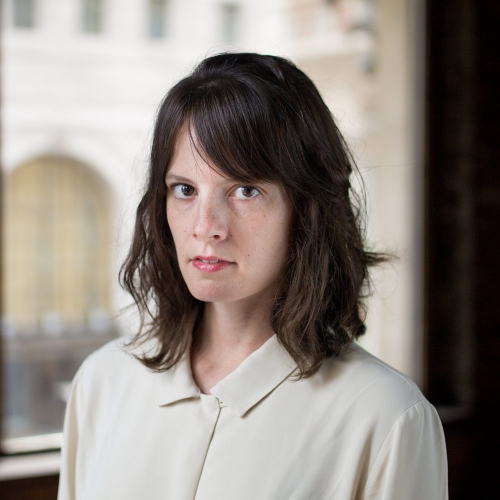 Meredith Glisson is a performing artist and educator living in New York City. Her work acknowledges the sensitivities of the body in relation to acquired situations where the confrontational and theatrical body merges with the physical body that dances.

The 2017 Aesthetica Anthology Magazine included Glisson’s work as 1 of 100 leading artists from around the world in its dynamic guide to international contemporary art. Her work was presented as part of the Aesthetica Art Prize Exhibition at the York Art Gallery in the UK.

She received a distinction for her MFA degree with a focus in choreography, performance practices, and dramaturgy at Falmouth University in the UK partnering with the MA Solo/Dance/Authorship program at the Hochschulübergreifendes Zentrum Tanz Berlin (HZT) | Universität der Künste Berlin (UdK) and the MA Dramaturgy program and Dance Department at the Academy of Dramatic Arts | University of Zagreb. In 2010, Meredith received a post-baccalaureate degree in advanced studies, Formation Supérieure du Danseur de l’Interprète à l’Auteur, at the Centre Chorégraphique National – Rillieux-la-Pape under the direction of Compagnie Maguy Marin in partnership with l’Université Lumière Lyon 2 and in 2005, her BA degree in Dance and French from Hollins University.

Meredith currently teaches in the School of Dance where she also works as the MFA Coordinator, Artistic Associate and Thinking, Making, Doing Co-Curricular Head.