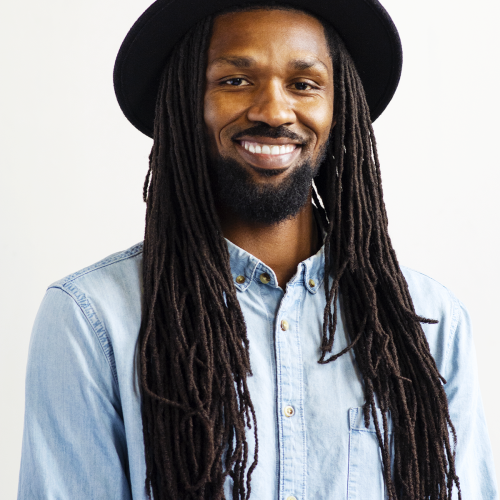 Kyle “JustSole” Clark is a native of Baltimore City, Maryland. Kyle was selected by world renowned Hip Hop Theater Company, Rennie Harris Puremovement. He served as a  principal dancer from 2006-2015. In 2010, he was promoted to Rehearsal Director for RHPM and served in that role until 2015.

Kyle has performed, taught, and competed internationally in countries such as France, U.K., Amsterdam, Russia, Mexico, Nigeria, Egypt, Israel, Palestine, Kyrgyz Republic, and Kazakhstan. He also served as a U.S. Cultural Ambassador for Hip Hop 3 times via RHPM, DanceMotionUSA , and Next Level Programs.  He has won [3] 1v1 National Competitions, [4] National/International competitions w/ Dinita Clark. Kyle has also judged in battles nationally and internationally including 2 appearances on “House Dance Forever” in 2015 & 2016.  Kyle has also choreographed “Street Dance Theater” works for dance companies such as Ailey II, Eleone Dance Theater, JUNK, upon many others.

Kyle being passionate about the history, culture, and articulation of Hip-Hop dance, co-founded “ Funky Sole Fundamentals” w/ Dinita Clark in April 2011. It’s a dance workshop series dedicated to the preservation of Hip-Hop, House, and Funk Styles. It has hosted 30+ Hip Hop, House, and Funk Styles pioneers and innovators in its 10 years of running.  Also in 2011, he co-founded Just Sole! Street Dance Theater Company where he serves as Choreographer and Co-Artistic Director. Just Sole! SDTC has performed all over the Northeast Corridor including Jacob’s Pillow, Summer Stage NYC, and many others. In 2016, The Pew Center for Arts & Heritage awarded Kyle a grant for his physical autobiography production entitled “The Life Of A Just Sole”. Also in 2016, Kyle was inducted into  "Dance Fusion Family" by the Pioneers of House Dance.  In 2017, The University Of The Arts awarded Kyle “The President’s Distinguished Teaching Award” for his teaching excellence. Right behind that, receiving Philly’s “Rocky Award” for his 10 years of work in the Philadelphia Dance Community. In 2019, invited to do the 1st Edition of Red Bull’s “Dance Your Style”.  In 2021, Kyle received his MFA from The University of the Arts and is now an “Artist In Residence” for the University. Kyle is also an Adjunct Professor at Temple University and Swarthmore College.