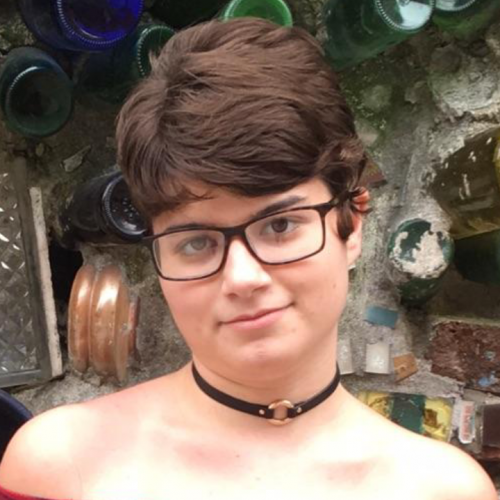 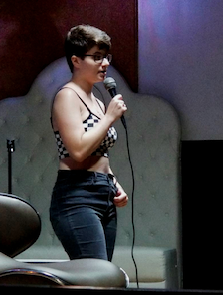 Brianna is a student in the Writing for Film + Television program. At school, Brianna tries to learn as many different forms of writing as possible by taking a diverse range of classes. She is currently writing a comic book that she hopes to turn into a television script and has recently written a dark comedy short film script about the dangers of high school grudges. When she is not in class, she is part of the school’s sketch comedy troupe, No Joke, writing sketches for them and often performing stand up comedy at their shows. She has also began performing stand up comedy all throughout the city and surrounding area, including the famous Trocadero Theatre.

I think deciding to take WFTV as my major was one of the best decisions I ever made. This program has creatively stimulated me in so many ways since it not only helps me generate ideas for movies and shows but also helps me learn how to tell an engaging story. There are so many components to writing films and tv shows that it is both creatively engaging and very rewarding. Whoever says that TV rots your brain has no idea what they’re talking about.”