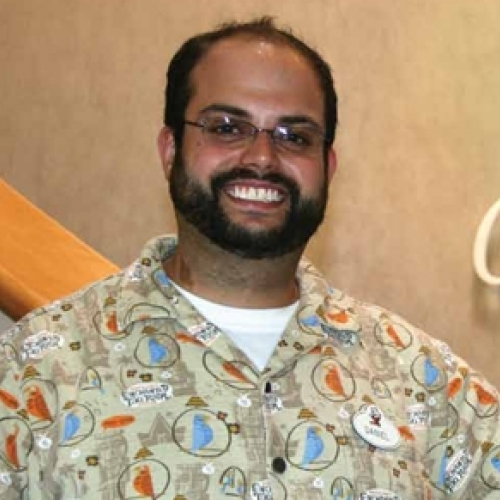 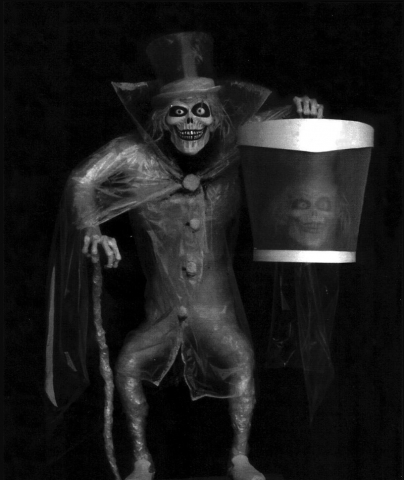 "I have always loved dreaming about the future and thinking there will always be something better coming," says Daniel, a special effects designer for Walt Disney Imagineering. "This meshes so well with Disney and how it has told the story of the future for so many years." Most recently he  led the team that designed the illusion of the Hatbox Ghost at the Haunted Mansion in Disneyland. The character, one of the attraction’s original 999 happy haunts, had been missing from the Mansion for the past 45 years and has been reinvented for the theme park’s diamond celebration.

When Daniel was 6 years old, he had his first glimpse of Disney World on a trip with his family. "I remember very specifically the Haunted Mansion, and the special effects were awe-inspiring," he says.

Daniel majored in Industrial Design at UArts with the idea that the major would lead him to the only place he had ever wanted to be – the Walt Disney Company. He never stopped working on haunted houses and special effects, spending three summers working at Eastern State Penitentiary’s famed haunted house, "Terror Behind the Walls," while at UArts.

It was sheer optimism that led him to enter – and win – Disney's annual ImagiNations Design Competition as a senior at UArts. His winning design was a retrofit for a Disneyland attraction called "The People Mover" that had closed in the late 1990s. The original People Mover was part of the futuristic Tomorrowland and boasted the slogan "Ride Tomorrow's Transportation Today."

Prize money in hand, he headed for Los Angeles after graduation. He worked for companies that contracted with Disney, and then landed an internship in the Research and Development department at Walt Disney Imagineering. The internship finally led to the achievement of his long-held dream – a job in the Special Effects and Illusions department.

As a Disney "Imagineer," 13 of Daniel's designs have been patented. One of them was featured in a PC Magazine article called "The Best Inventions of 2011 – So Far."

Daniel calls the foundation he received at UArts both rigorous and wonderful. The weekly presentations he had to give in front of a crowd and under stress were worth their weight in gold. "That's something I use every day," he says. "In front of six, eight, 10 brilliant people – I speak with confidence about my craft."