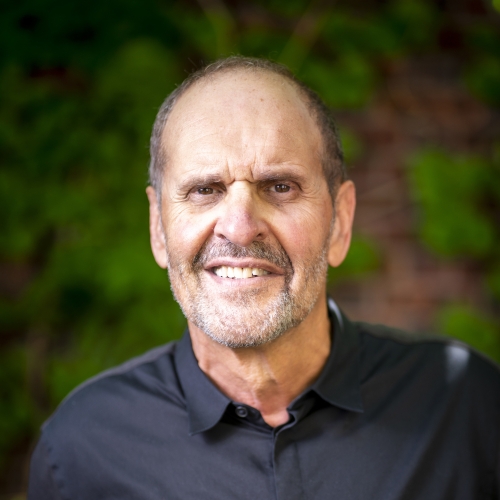 President David Yager joined the University of the Arts in January 2016 as the institution’s fourth president since it gained university status in 1987. An accomplished visual artist, photographer and designer, he also has an extensive background as an academic, a researcher utilizing design to improve the healthcare space, an entrepreneur and a business executive.

Since his arrival at UArts, President Yager has launched a number of major initiatives, including the first comprehensive fundraising campaign since the institution’s founding in 1876. During his tenure, UArts has begun millions of dollars in campus construction and renovation projects, among them the creation of a new student center, a high-tech makerspace, a film screening center, a fitness center and state-of-the-art music studios. The University has also launched unique new programs over the past year, most prominently a groundbreaking Ph.D. in Creativity and an innovative international MFA in Dance. He also oversaw the University’s acquisition of the iconic Philadelphia Art Alliance.

Before joining UArts, President Yager served as the dean of the Arts Division at the University of California, Santa Cruz, where was also a distinguished professor of art, and an affiliated faculty member of the Digital Arts and New Media program.

Before joining UC Santa Cruz, President Yager spent 23 years at University of Maryland, Baltimore County (UMBC) where he was a distinguished professor and Wilson Elkins Professor of Visual Art, founder and director of the Imaging Research Center (IRC), founder and director of the Center for Art, Design and Visual Culture (CADVC), and founder and director of the Innovation and Design Lab (IDL). He brought the IDL concept with him to California where he founded UC Santa Cruz’s Innovation and Design Lab (IDL). Under his direction, the goal of IDL is to create new knowledge in the health and wellness industries through a holistic approach to innovation and design research that generates products, tools, services and solutions to improve health outcomes. The lab’s primary research focus is based at the Children’s Center and the Department of Pediatrics at the Johns Hopkins Medical Institutions, where President Yager holds a faculty position in pediatrics.

In 1999, during his tenure at UMBC, Yager became vice president of research and later president of a division of a publicly traded technology company. His clients included GlaxoSmithKline, John Deere, Daimler Chrysler, Toyota, Cisco, Pharmacia and other Fortune 100 companies. Previously, President Yager served as chair of the department of Art and Art History at the University of South Florida and director of its nationally acclaimed Graphicstudio, which collaborated with artists such as Robert Rauschenberg, Jim Dine, Robert Mapplethorpe and Vito Acconci, to name a few.

President Yager’s art training began with painting, printmaking, photography, film and video. A noted photographer and designer, his work has been exhibited nationally and internationally. His work ultimately transitioned to digital and imaging technologies, visualization, animation and simulation – the precursors to his current work in digital imaging and health care design that responds to current culture and cultural trends.

President Yager earned a Bachelor of Arts from the University of Connecticut, a Master of Fine Arts from Florida State University and an honorary doctorate in design from De Montfort University in Leicester, England.